The Management Plan identified 18 key areas for improvement within the park with a focus on upgrading play spaces, park amenities, and landscaping with an emphasis on bringing the adventure aspect back to the park. Upgrades include a flying fox/cable way, a giant swing, upgrades to the small kid’s playground and a new new large adventure play space aimed for older children with a large custom built ship and climbing elements.

The Implementation Plan also identifies potential upgrades for a range of other park amenities such as footpaths, seating, drinking fountains and picnic shelters that can be implemented as funds become available.

Stage One - Work commenced in February 2019 and included the construction of an additional 150 metres of pedestrian footpaths, upgrading of the basketball court to a competition full size court and the construction of a children’s bike track on the old Skate Park site. The bike track is lined with humps, bumps and berms for young children to develop their riding skills, the track also has typical street signage and marking to help parents teach basic road rules in a fun and relaxed environment. 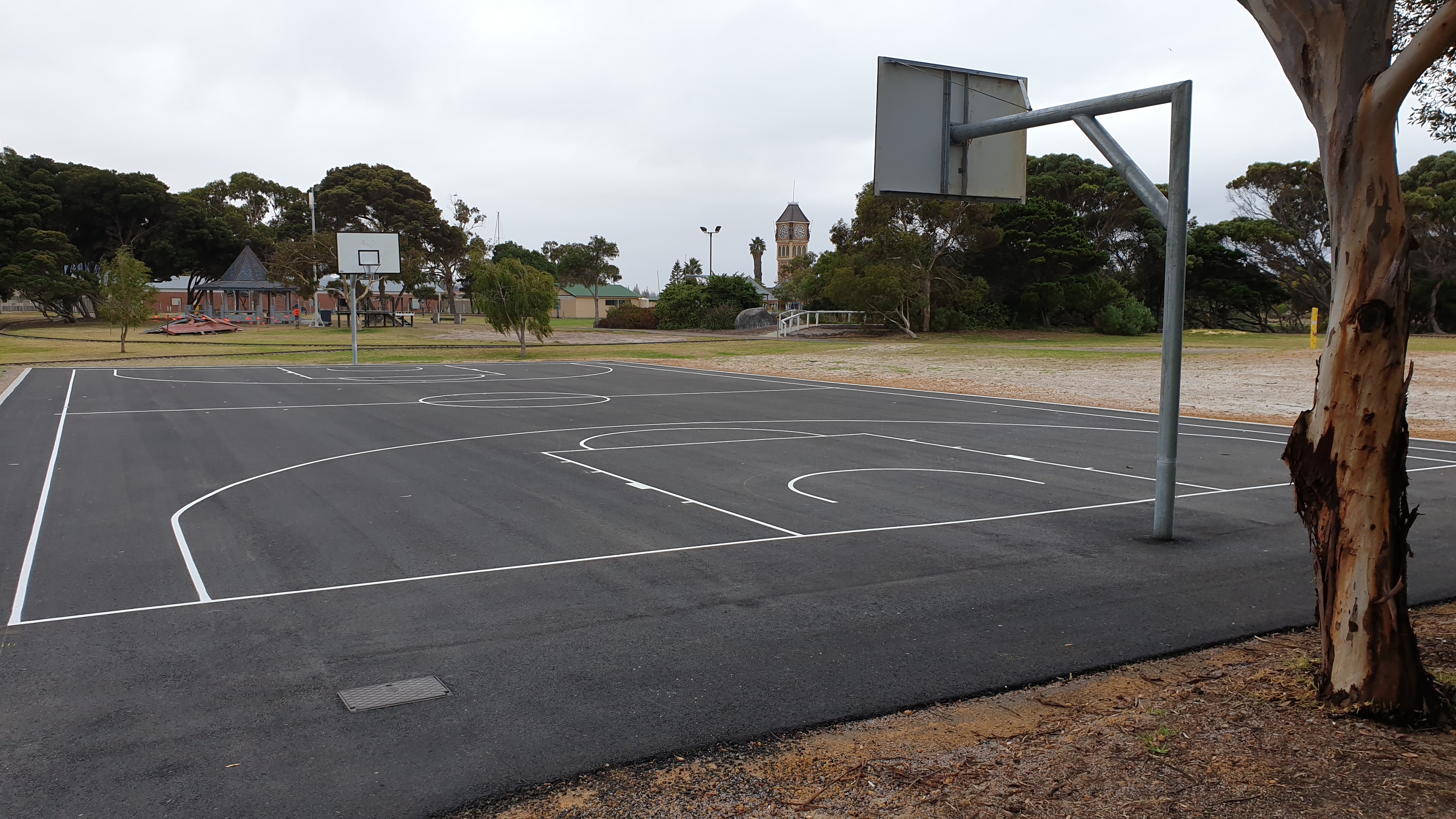 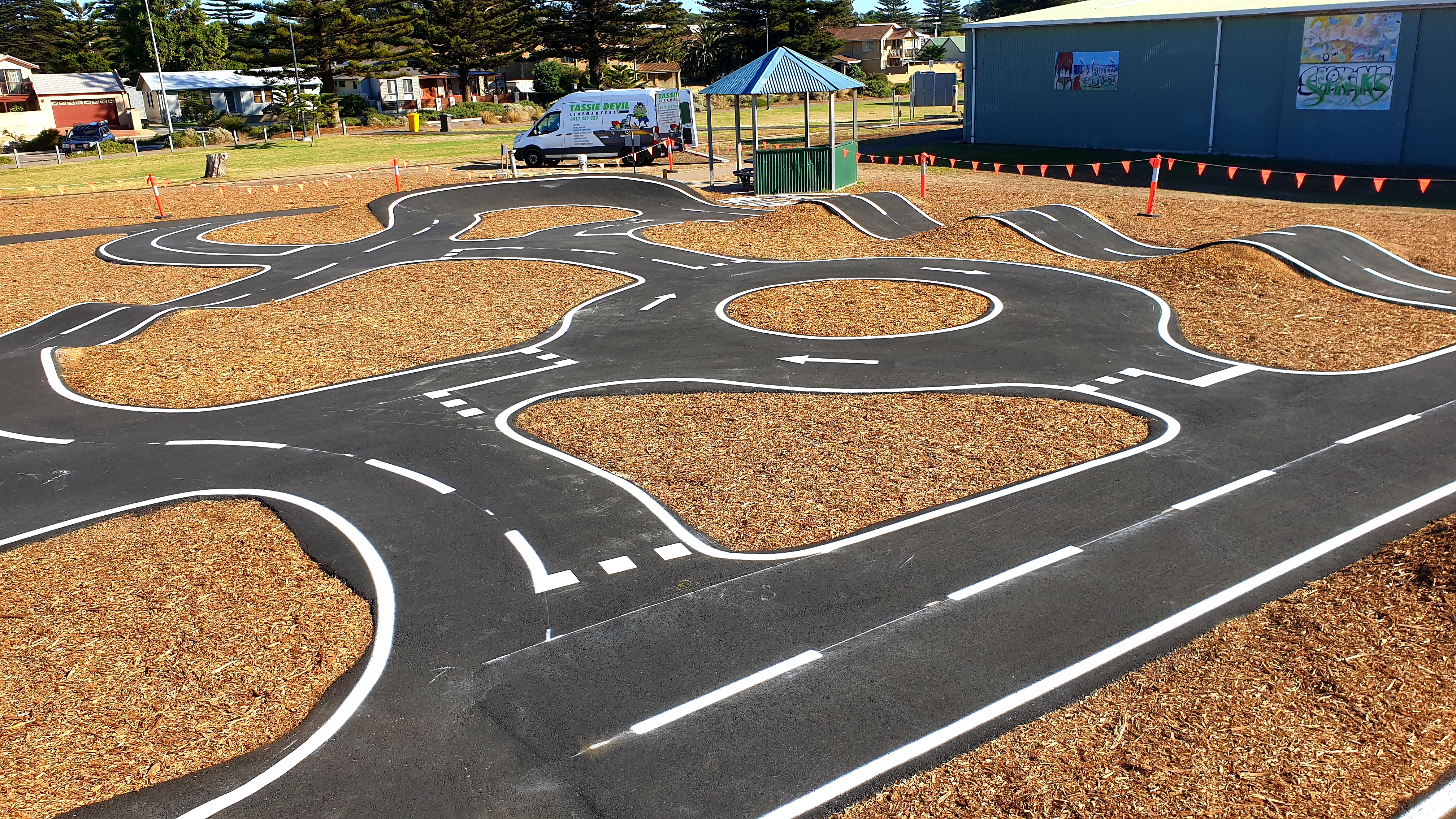 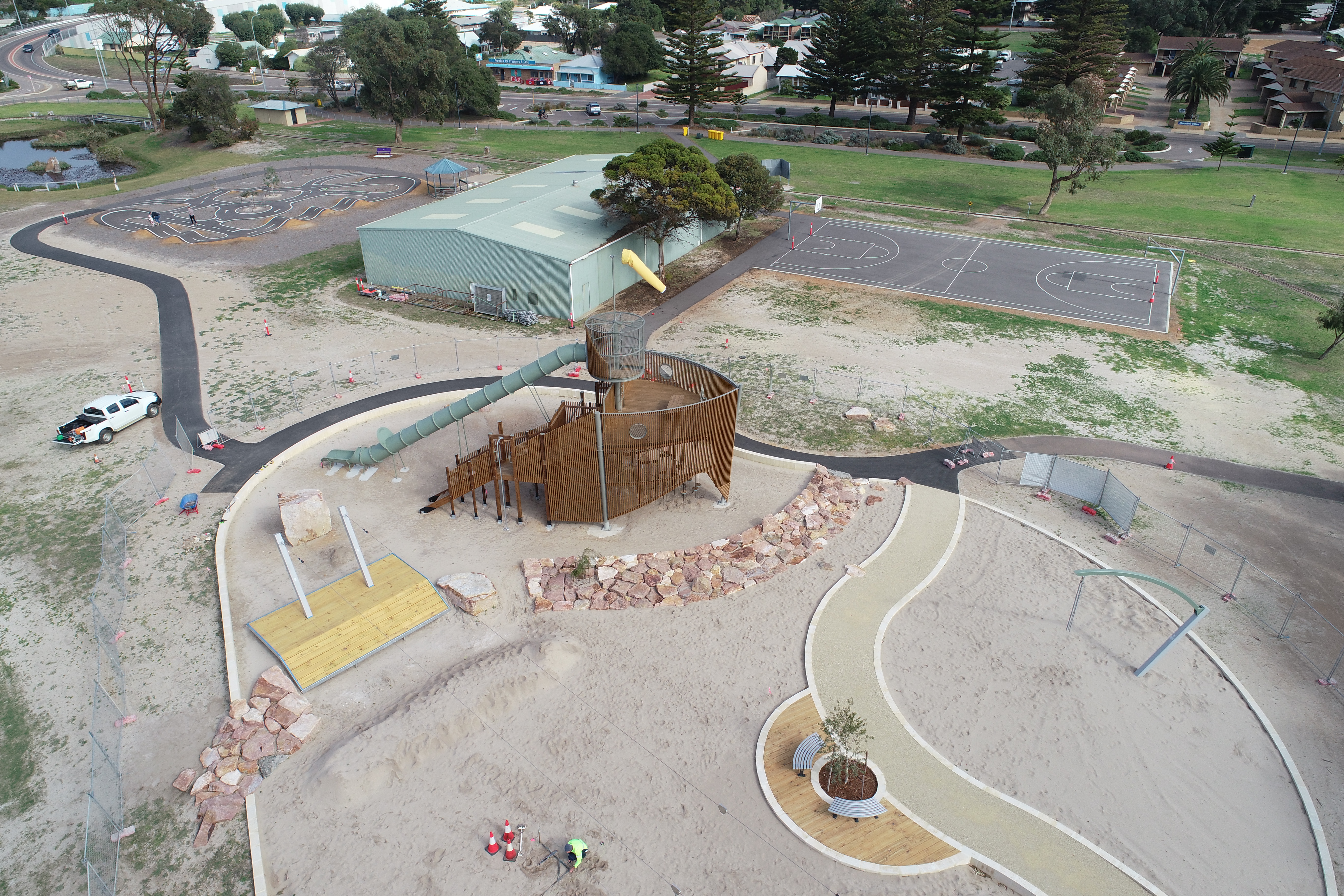 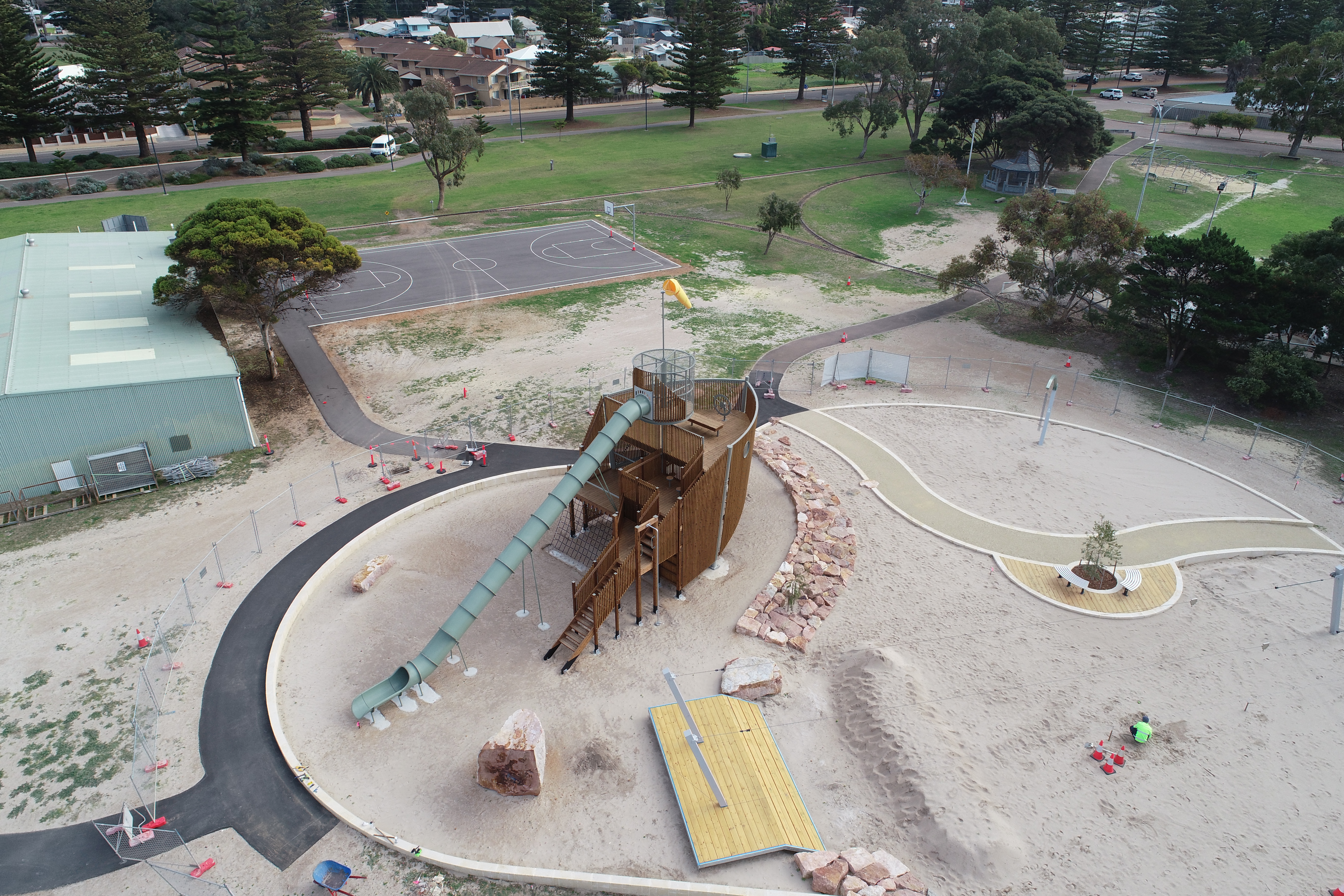 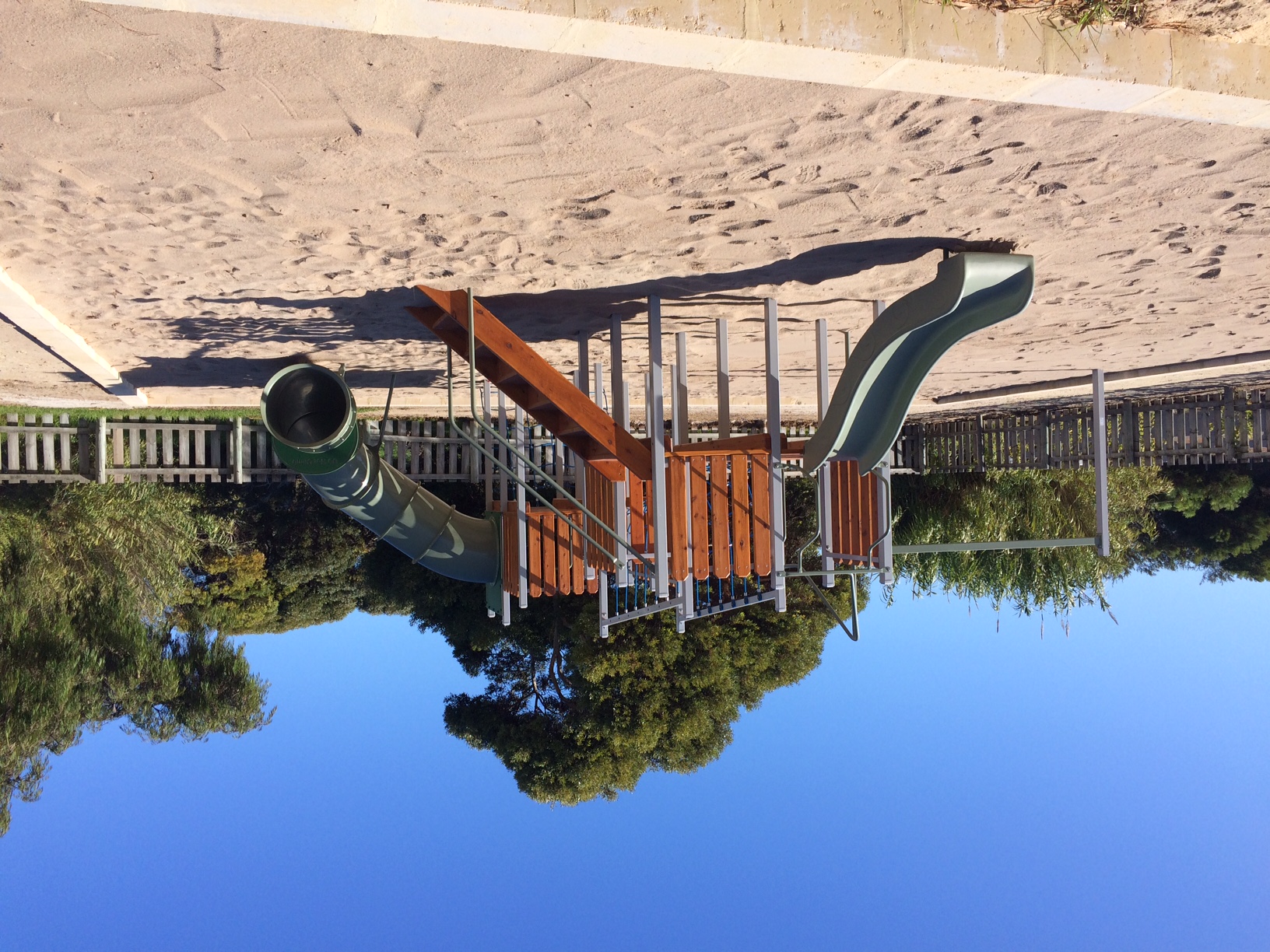