At an Ordinary Council Meeting held on 27 March 2018 a tender for the Detailed Design Development for the New Esperance Jetty was awarded to H+H Architects.

The Jetty Detailed Design Process highlights the milestone steps included within the project. The step coloured red is where we are now; this flowchart will be updated as we move through the process.

H+H Architects presented Detailed Design Drawings to Council and the Jetty Replacement Working Group for review prior to presenting these to the Heritage Council in early May 2019. The presentation is available here, please note the Detailed Design Drawings in the presentation demonstrate the design and intent of the new jetty however they are not construction drawings. The Shire received confirmation on the 23rd May from the Heritage Council supporting the proposed Detailed Design of the replacement jetty.

The May Ordinary Council Meeting saw Council presented with two items. One to consider the advice received from the Heritage Council on the Tanker Jetty deconstruction methodology and the second item outlined the Jetty Replacement Process set out by the Department of Planning, Lands and Heritage. Both items were supported by Council.

In June the Minister for Heritage, the Hon David Templeman issued a Section 64 Certificate. The Permit allows for the deconstruction of the Esperance Tanker Jetty to occur and stipulates the construction of the replacement jetty to be as per the Detailed Design approved by the Heritage Council. There are a number of conditions included in the Permit which the Shire of Esperance must satisfy, with the final result ensuring the Esperance Community will have a Replacement Jetty.

As per the agreed Ten Step Process the issuance of the Section 64 meant the Shire could prepare and release a tender for the construction of a replacement jetty. The tender was subsequently released on the 27th July, with the closure date being the 2nd September.  There were multiple tenders received from three tenderers. This included compliant tenders and alternatives. The Esperance Shire Council awarded the construction of the Replacement Jetty tender to Maritime Constructions at a Special Council Meeting on Tuesday 1 October 2019. 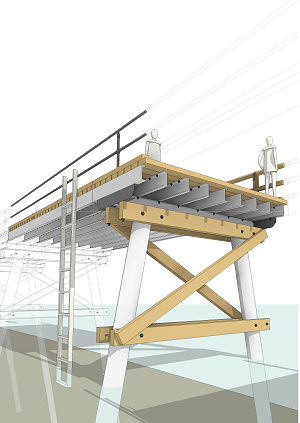 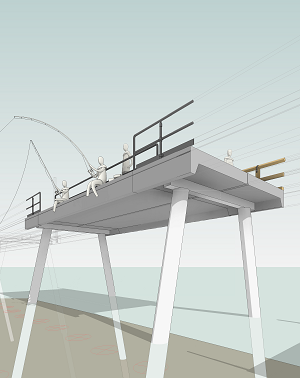 Check out some fun facts about the new Esperance Jetty below!

When will the new Esperance Jetty be finished?

The planned completion date is currently 1 March 2021. The contractors are expected to hand the project back to the Shire around the end of February 2021/the start of March 2021.

How long is the new Esperance jetty going to be?

The new jetty will be 415 metres ‘over the water’.

Will the new Esperance Jetty be thinner than the original Esperance Tanker Jetty?

No, it will be exactly the same width as original, at 4.5 metres.

How long is the new Esperance Jetty expected to last?

The jetty has a design life of 50 years, however given adequate maintenance there is no reason why it won’t last longer than that.

How much of the original Esperance Tanker Jetty timber will be included into the structure of the new Esperance Jetty?

How is the original Esperance Tanker Jetty timber going to be used?

The timber will be in the streetscaping around town and in future landscaping works. Old jetty timber can currently be seen at the skatepark, the new Museum Village Sign and the roundabout street signs in the CBD main streets.

What other elements of the original Esperance Tanker Jetty are going to be included in the new Esperance Jetty?

Once the new jetty is complete there will also be one ‘lone pile’ left in the water, visible from the end of the jetty. The rest of the piles have been cut below water level for safety reasons and will remain on the seafloor bed in order to retain an interesting aquatic environment for fish and potential divers. Some furniture works, including some interpretive elements in and around the new jetty, will incorporate old wooden jetty piles, stringers and deck planks.

What is the ‘heritage section’ on the new Esperance Jetty?

Bent 1 – 10 forms the new Esperance Jetty’s ‘heritage section’ and has been designed and built to pay homage the original Esperance Tanker Jetty's design. In order to build a jetty these days there are different Australian Standards that where not mandatory back in 1935. Therefore the new jetty will include handrails, toe rails, ramps, an all abilities fishing area, and extra safety ladders – bringing it into the 21st century in terms of safety and accessibility for all, while still retaining the aesthetic appeal of the 1930’s design.

Is the new Esperance Jetty going to have light posts so we can fish at night-time?

Yes, the lighting is designed to provide ‘pools of light’, to create a safe, inviting place to cater for all user groups.

Will the new Esperance Jetty have a fish cleaning station?

Yes, it will be located at bent 12, approximately ¼ of the way out and will be strategically centred in in of one of the ‘light pools’ in the dedicated fishing section.

Will we be able to dive under the new Esperance Jetty?

Has the new Esperance Jetty gone over budget?

No, the jetty is presently progressing within budget.

Will a section of the new Esperance Jetty be open around Christmas time?

The first stage of the Design Process is Stakeholder Consultation which includes Council, the Jetty Replacement Working Group, State Heritage Services and the Heritage Council of WA.

The Tanker Jetty is a State Registered heritage asset and the design of the New Jetty will need to acknowledge its past significance. Director of H+H Architects, Julie de Jong, has answered some frequently asked questions about the design of the new Jetty, and how heritage values can be acknowledged.

H+H Architects review the existing information about the Esperance Tanker Jetty and the replacement jetty so far. This includes the Tanker Jetty's history, survey and workshop results and structural reports.

Following completion of stages one and two, H+H Architects entered the drawing room to develop a draft concept. Once the draft concept was completed it was reviewed by the Jetty Replacement Working Group and the Council after completing a 21 day commentary period where the Esperance community were given an opportunity to comment. The draft concept acknowledges how our social and heritage values were captured in the design while providing an indication of what the jetty will look and feel like. After it was endorsed by the Jetty Replacement Working Group and Council, the draft concept was developed into the Final Concept Design.

The comment period was open for 3 weeks and invited the Esperance Community to provide input on the Draft and participate in a survey indicating if the design was acceptable. Two surveys were undertaken, one was a Control Group survey that was sent to 2000 randomly selected addresses of Esperance Residents and/or Rate Payers, the second survey was Opt-in, containing the same questions and available to everyone and anyone. The results in both the Opt-in and Sample Group surveys reflected overall support for the Draft Concept Design, with 79.5% in support from the Online and Hard Copy Opt-in Survey and 83.9% in support from the Control Group Survey. The number of valid surveys returned were 1096 Opt-in surveys and 403 Control Group surveys (duplicate surveys were removed and have not been included in these figures).

The full results from both surveys are publicly available.

H+H Architects have completed the Detailed Design. This will then taken back to the Jetty Replacement Working Group for support before being referred to the Esperance Shire Council for endorsement. The deconstruction methodology for the Esperance Tanker Jetty was also forwarded to The Heritage Council for review, support was provided with recommendations that were later endorsed by the Shire Council. 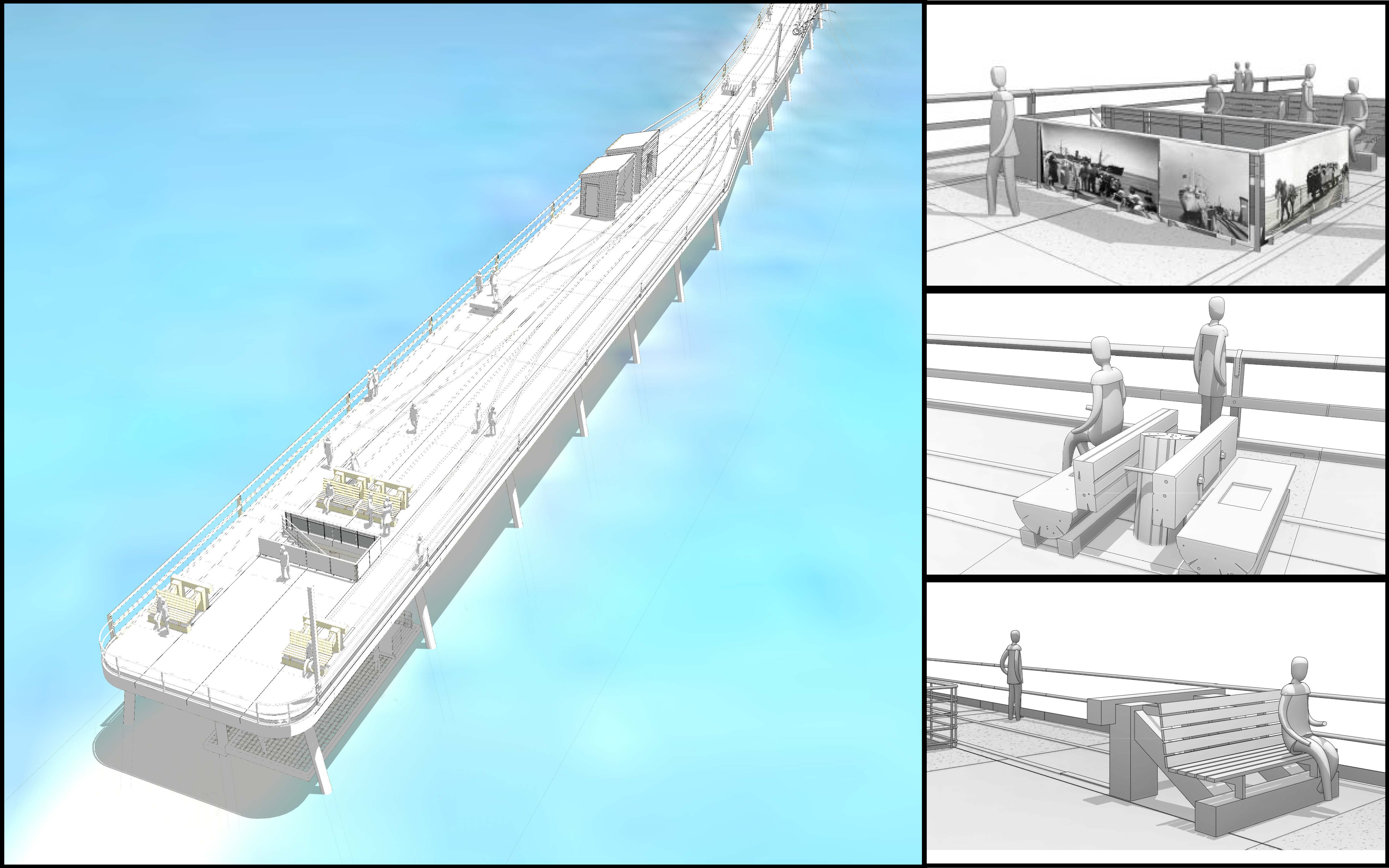