For their second visit to Esperance Civic Centre, Sun Rising, will present the two biggest names in Rock n Roll- Elvis Presley and Jerry Lee Lewis in a foot stomping new show, THE KILLER VS THE KING. That's, Elvis vs Jerry Lee, ego for ego and punch for punch!

Consisting of a set of classic Sun Record hits from artists including Johnny Cash, Carl Perkins, Roy Orbison, BB King, Howlin’ Wolf and followed by a set of Rock and Roll greatness, featuring the sounds from Elvis and Jerry Lee, song for song with hilarious anecdotes a plenty pertaining to the iconic relationship between two of entertainments biggest names.

Yes, Sun Rising is back with this killer show that will knock you for a six and after a huge response to Sun Rising's last visit to Esperance, be sure to get in quick to reserve your tickets.

Melbourne’s very own Sun Rising Band have quickly become Australia’s premier tribute to the timeless music of the 50's, selling out across the country, headlining Rock ‘n’ Roll festivals, and even receiving an endorsement from the son of Sun records founder, Sam Phillips. Don't miss this unforgettable night as Sun Rising pays tribute to the biggest name in music history!!

"Musically this show couldn’t be faulted. The band transformed relatively simple pieces of blues, pop and rock and roll into musical showcases. I wondered if the Sun singers back then had musicians of this calibre." TheClothesline.com.au

“This was a show packed full of energy and passion, the set list was out of this world, on stage banter was hilarious. It was brilliant.” Beat Magazine.

“This five-piece band was energetic, funny, pitch-perfect and undeniably dedicated to this particular era in Rock'n'Roll.” AAA Backstage.com

*Tickets can be purchased online via the link above, or at the Shire Administration Building, Esperance Visitors Centre or Esperance Public Library. 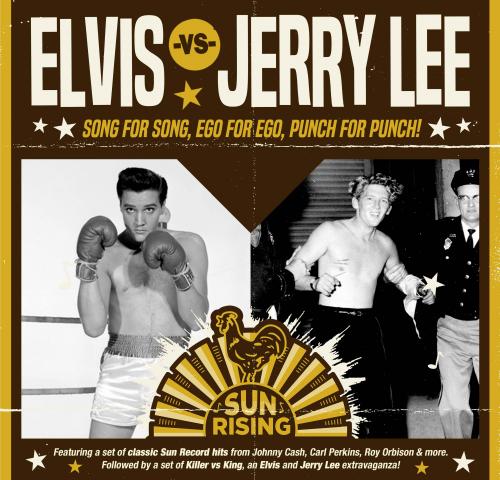